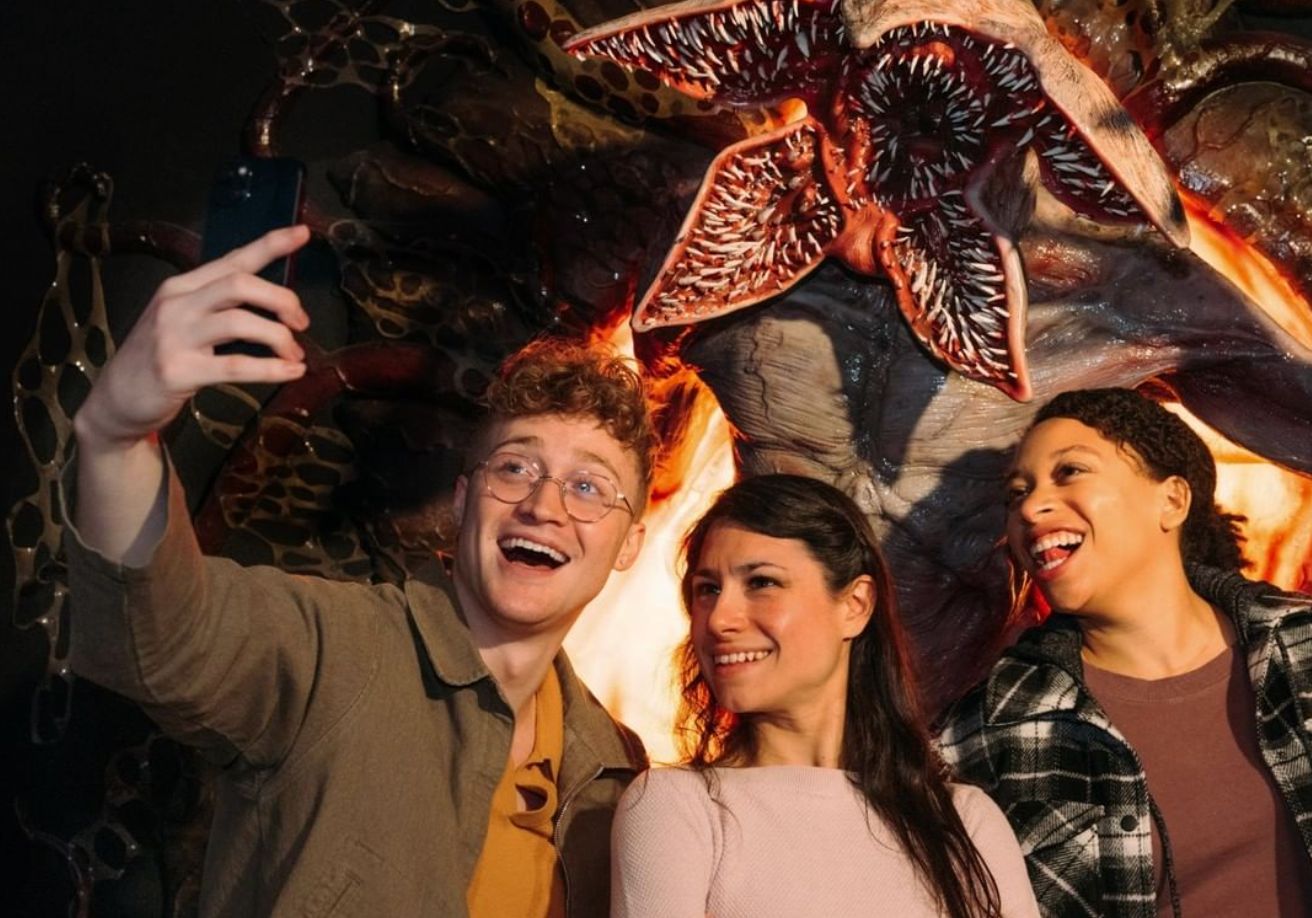 Carnival has come to town, but it does so virtually every two months with a new “immersive” themed “experience” that involves a few weak and overpriced drinks, fun furniture to take Instagram photos on with your friends, and a few artists trying to make money in something that isn’t exactly theater.

Somehow, in the post-Museum-of-Ice-Cream era, in what is hopefully the final days of a pandemic, San Francisco and other cities have become targets for traveling themed bars like The Bridgerton Experience and a quirky Peter Pan-themed bar. And where older generations might have thought they were too cool for dumbshows like this, young Millennials and Gen Zers need to hang out with them, because they keep popping up as unwanted new poxes.

Last year it was the LEGO-esque bar that couldn’t use the LEGO name because the brand would never allow it – it was called Brick Bar, and it came straight to SF after pre-pandemic shutdowns in New York, Chicago, Cleveland, Columbus and Pittsburgh.

Come the holidays, there are extravagant Christmas bars â€“ although here in SF we’ve had a few that are organized and supported by local bar owners, so that’s at least keeping it local.

Netflix clearly needs licensing revenue these days, and The Stranger Things Experience just landed at The Armory for a three-month stint, bringing with it an “80s nostalgia” arcade and other sets inspired by Stranger Things â€” plus interactive challenges, special effects, and performances by a cast of actors who will also serve you drinks.

A month earlier, Neverland: An Immersive Peter Pan Inspired Bar, opened in a private room in the Trademark, the Folsom Street sports bar in SoMa. (Trademark previously housed a Alice in Wonderland themed “experience” bar end of 2021, from the same event producers.) Neverland is the product of Hidden Media Networkthe Australia-based outfit that hosts a slew of these themed ticketed events in SF, LA, New York, Denver and multiple Australian cities.

SFGate gave a reluctantly positive review from Neverland in May, but it’s nonetheless compatible with all those other immersive, performative drinking occasions â€” it’s an Instagram trap that costs $45 for a few smaller glasses, complete with squeaky acting for your tipsy entertainment.

The Queens Ball: A Bridgerton Experience is put together by the same company as the Stranger Things thing, Fever â€“ a New York-based company that says on LinkedIn it employs a team of 800 people. And “Fever and its secret media network inspire more than 60 million people every month to discover the best experiences in their cities.” The company’s slogan is “Democratizing Access to Culture and Entertainment”, which sounds a bit hypocritical if you ask me – tickets for the Bridgerton thing start at $54 and go up to $94 for VIP, which is roughly what you would pay for a real theater ticket, in a real theater, with a real scripted show. And aren’t you just following the theme park version of a show you’ve seen on Netflix before? Wasn’t this entertainment already â€œdemocratizedâ€?

Like bars, restaurants and regional theaters like SF Playhouse and Berkeley Rep and smaller venues like PianoFight continue to recover after two years of pandemic financial collapse, it seems particularly cruel for people to spend their disposable income on these non-local â€œexperiencesâ€ â€“ especially in a city with such vibrant food, cocktail and arts scenes. than San Francisco’s â€” filling the pockets of those production companies that will leave in a month.

I could understand if you lived in Cleveland or Topeka that these things could be the highlight of your month â€“ basically, the carnival coming to town after many sleepier months. But do people who witness these things, cellphone cameras at the ready, actually get any unique feelings from this stuff? Is it really cool to take a picture with a Captain Hook or an off-brand demogorgon? Are they, like Maryellis Bunn, founder of the Museum of Ice Cream, less engaged with real museums and real theater than they are with those Instagram trappings and sham masquerades? If you didn’t take a selfie with a cast member, didn’t it happen?

Unfortunately, this trend dates back half a decade now and is not yet showing signs of waning. As Amanda Hess wrote in a 2018 New York Times article titled “The Existential Void of Pop-Up ‘Experience'”, “By classifying these places as experiences, their creators seem to imply that something is going on there. But what? Most human experiences don’t have to advertise themselves as such. They simply do what they do. A film tells a story. A museum facilitates the meaning between the viewer and a work of art. Even a basic carnival ride produces pleasurable physical sensations.

My advice, if your friends can’t find anything better to do on a Thursday or Friday, is to funnel your money to the companies that are actually invested in the city where you live. Give your dollars to a good cocktail bar, a local show or a museum. We live in a city with an Instagrammable moment around every corner that doesn’t cost $50 to get in. Otherwise, we may soon find ourselves in a much less bustling town where all we can do is wait for the next themed bar carnival.