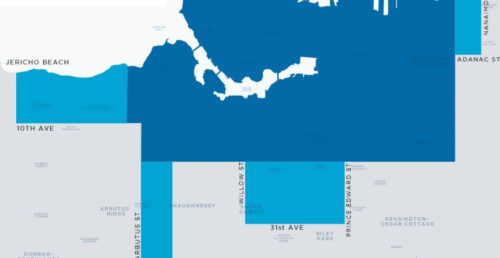 Vancouver’s public bike share network, Mobi by Shaw Go, extends in all directions of the city — west, south and east.

By the end of September 2022, Mobi’s coverage will expand westward to cover almost all of Kitsilano and part of Point Gray – the additional area framed by Vine Street to the east, the eastern border of Jericho Beach Park and to West 10th Avenue.

Another expansion area covers the corridor of the Arbutus Greenway between the previous boundary at West 16th Avenue and up to West 41st Avenue in Kerrisdale.

Mobi will also expand into the geographic center of Vancouver – an expansion service area framed by the former border of West 16th Avenue to the North, Willow Street to the West, 31st Avenue to the South and the Prince Edward Street to the east. This southward expansion covers destinations such as SkyTrain King Edward station, Queen Elizabeth Park, Nat Bailey Stadium and the Hillcrest Community Center cluster, as well as other Main Street areas.

There is also further eastward expansion into the Grandview-Woodland neighborhood – framed by the former border of Commercial Drive to the west, Adanac Street to the south, and Nanaimo Street to the east.

These four additional service areas are achieved through 50 new additional self-service bicycle stations. Additionally, Mobi is introducing 500 e-bikes into its system, in addition to its existing fleet of regular bikes.

As of last week, Mobi had reached halfway through its progress in expanding the bike-sharing station and fleet network, aiming to reach full completion by the end of this month.

When complete, Mobi’s total system size will reach 2,500 bikes of all types and 250 stations, including 30 e-bike stations. 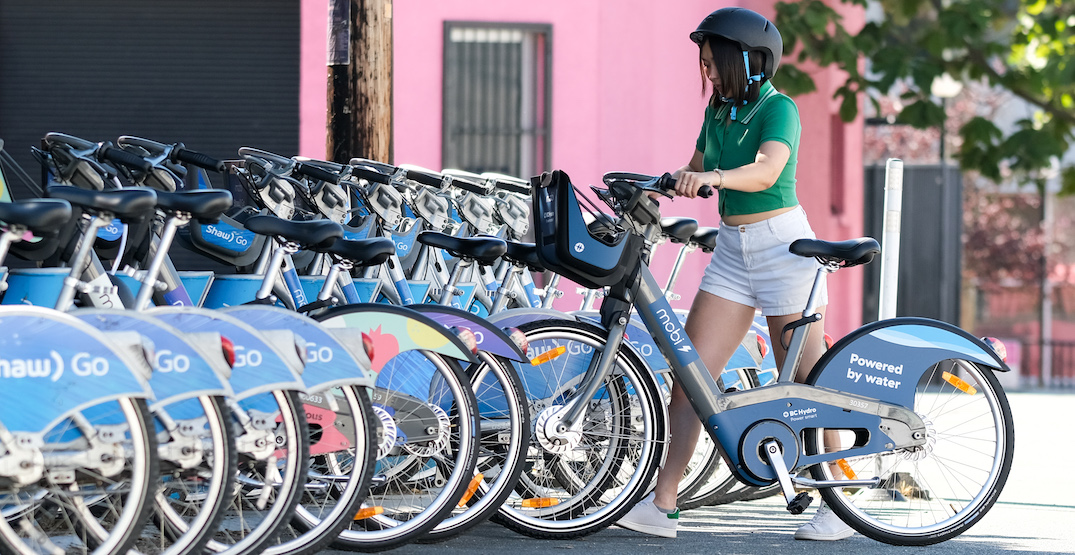 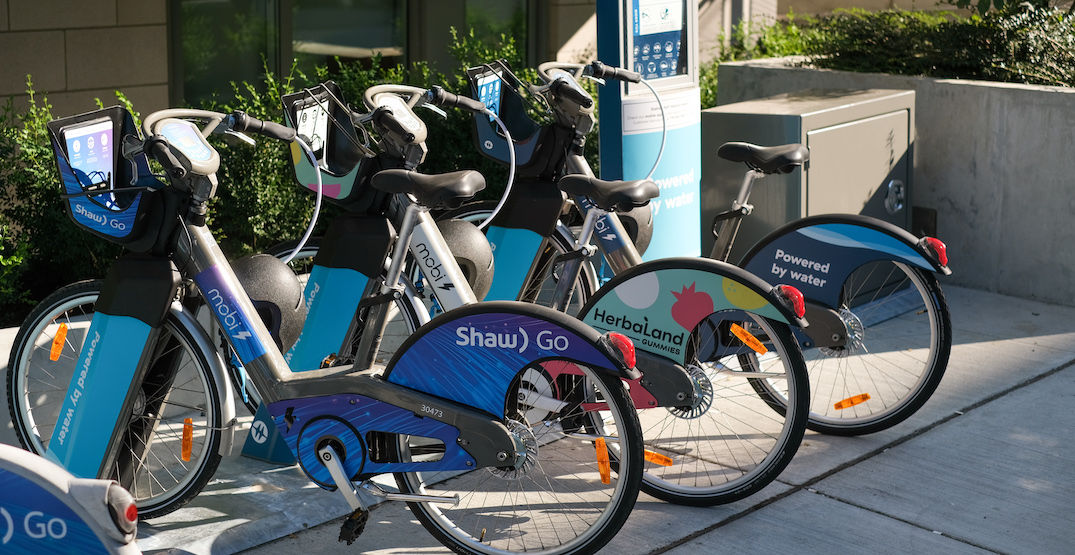