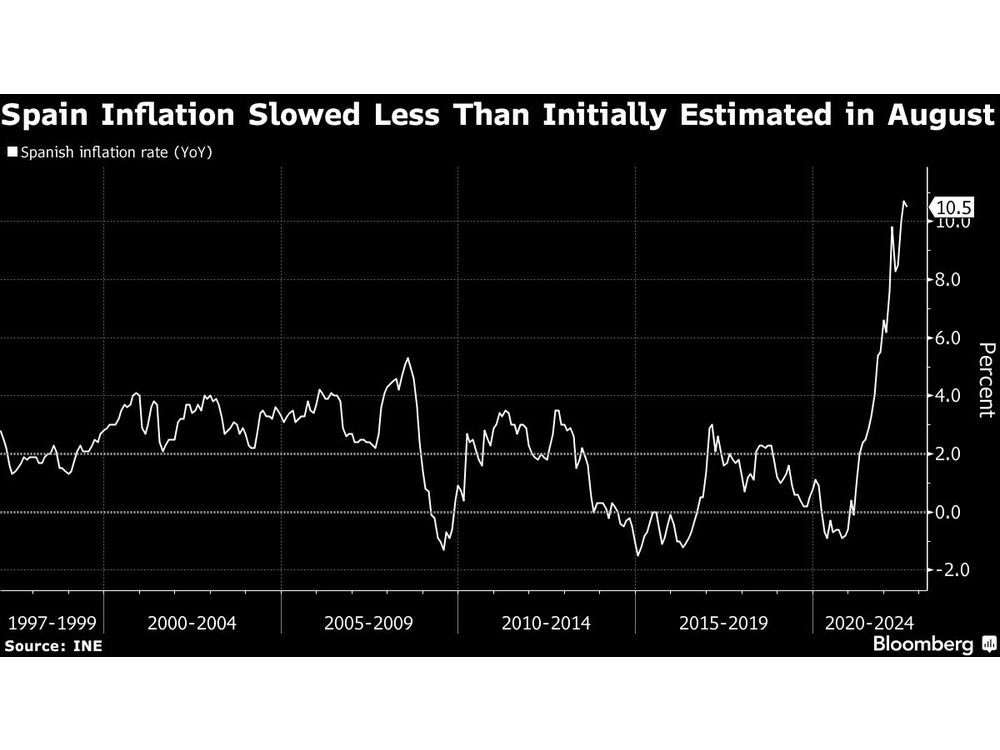 We need to call for “collective responsibility,” Sanchez said Tuesday night in an interview with state broadcaster TVE when asked if it was possible to cap food prices. “We must appeal to social actors, in particular entrepreneurs, to mobilize them.

There is a price crisis and “the government is studying all the alternatives”, said the Prime Minister.

Sanchez’s comments come days after Labor Minister Yolanda Diaz began calling on grocery chains to start offering baskets of affordable basics. As part of her campaign, Diaz met with officials from Carrefour SA, which announced hours before meeting her that it would start selling a basket of 30 products for 30 euros ($29.90).

Diaz, who is also deputy prime minister, is the top official appointed by Unidos Podemos, the far-left junior partner in the coalition government led by Sanchez, a socialist. She is also one of the country’s most popular politicians and is expected to run for prime minister in elections late next year, likely against Sanchez himself.

Spanish inflation in August reached 10.5%, exceeding 10% for the third consecutive month. Consumer prices are hovering around their highest level since the mid-1980s.

The Sanchez government has introduced a battery of measures to mitigate the impact of rising prices, including intervention in the electricity market, a one-off tax on bank profits, fuel subsidies to pump and free train tickets for commuters.

Sanchez has intensified his anti-corporate rhetoric in recent months, focusing primarily on utilities and banks, but also taking hits on the broader business community. After announcing windfall taxes on energy companies and financial lenders in July, he said that if the measures were criticized by presidents like Banco Santander SA, the biggest bank, and Iberdrola SA, the biggest public utility, it meant that swabs were the right thing to do.