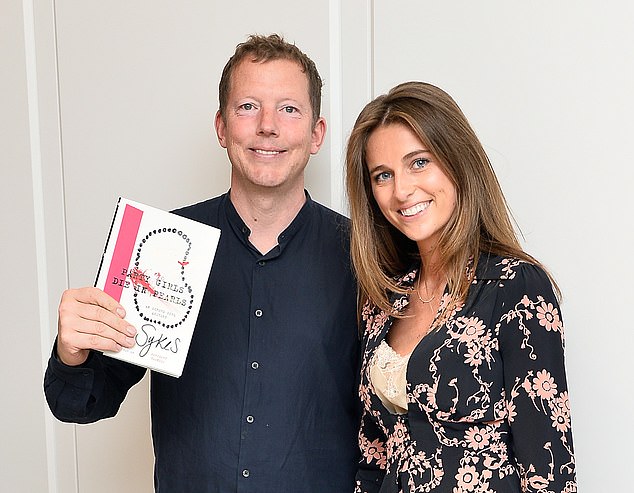 The Rothschild family is one of the richest in the world, with a fortune amounting to hundreds of billions of pounds. Nat Rothschild, 51, son of hereditary peer Lord Rothschild, is personally worth around £1billion and is set to inherit many more.

In late 2008 and 2009, this exceptionally well-off scion of the Rothschild dynasty acquired a 25% stake in a struggling small AIM-listed manufacturer – Volex. In 2015, Rothschild joined the board, and a few months later he was chairman of the company. Seven years later, he is still there, he remains the largest shareholder and the company has recovered.

The shares, worth less than 50p each when Rothschild moved in, soared to over £4.50 last autumn. Today they are £2.63 and are expected to rise significantly over the next few years.

Volex manufactures bespoke power cables and electrical kits for use in a range of end products including electric cars, CT scanners, fans, laptops and even army tanks. Approximately 275 million power cords are sold each year, ranging from basic connections for irons or refrigerators to complex cables that allow data centers to quadruple their output and use less energy than a conventional kit.

The company’s customers prefer to remain anonymous, but are believed to include Tesla, Amazon, Apple and Siemens, as well as major international manufacturers and government defense contractors.

These companies tend to choose Volex for three very clear reasons: quality, price and location. The group has 19 sites around the world, strategically positioned in places such as Turkey, Poland, Indonesia, India and Mexico, where costs are low but finished products are top notch.

For companies based in North America and Europe, sourcing from nearby countries reduces their reliance on China and lowers transportation costs. For multinationals, Volex’s spread of manufacturing bases means the company can act as a one-stop-shop for their wiring or other electrical needs.

Along with expanding the Volex network, Rothschild has deliberately pushed into higher value areas, where the company can charge a little more in exchange for quality merchandise. This approach has helped the company move from annual losses to sustained profit growth, celebrated by a resumption of dividend payments three years ago, after a long period of abstinence.

The annual figures to April were robust and they were accompanied by an ambitious plan to double revenue to $1.2bn (£1bn) and boost profits from $56m to nearly of $120 million by 2027 (the company reports in dollars as most sales are in the US currency). The direction of travel was confirmed by an upbeat business update last month, indicating that results for the three months to July had been encouraging and every division of the business was making progress.

Going forward, Volex should prove more apt than many to withstand economic pressures. Demand for electric vehicles is expected to continue to grow, with a consequent increase in the need for Volex’s charging kit. Aging populations in many parts of the world suggest a continued increase in demand for medical equipment, powered by Volex components. Data usage continues to grow and data centers are constantly striving to do more with less, which is why Volex’s premium cables are expected to be popular. And even in FMCG, where demand may well be hit in the coming months, Volex is gaining market share, so revenues should remain at least stable.

The company also hopes to grow through acquisition. Several operations have been concluded in recent years and Rothschild intends to continue in the same vein, by acquiring companies that take Volex to new parts of the world, add new products or consolidate the position of the group.

Midas verdict: Rothschild could have put his money anywhere. He chose to invest not only money but also time and energy in Volex, attracted by its 130 years of industrial history and the possibility of turning a struggling company into something big. Enormous progress has been made, but there is still much to do. At £2.63, the stock is a buy.

2022-09-03
Previous Post: This One Travel Hack Can Save You Time, Money, and Worry
Next Post: Peak employment income reforms apply to disability pension