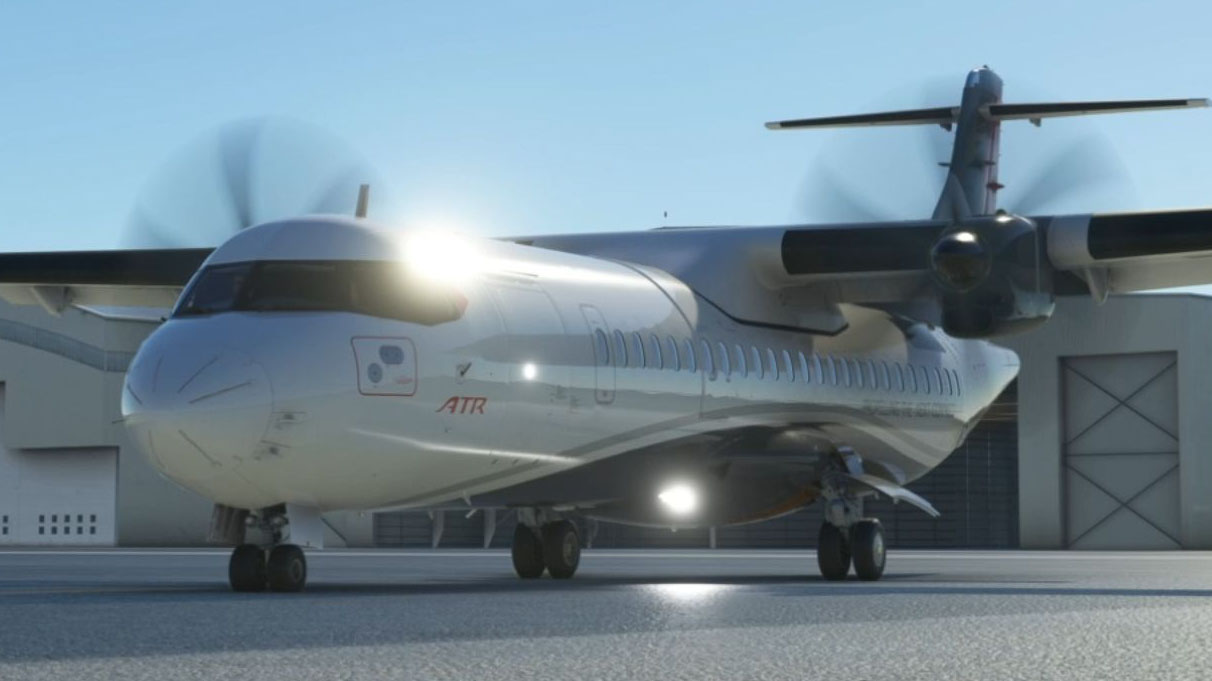 We hear that Sim updates may be slowed down a bit to increase stability and the ability to publicly test them in beta for longer. It may also affect global updates.

The simulation is getting an experimental option in Sim Update 10 called “Low Power Mode” to reduce CPU and GPU usage (while sacrificing frame rate). It will be available in developer mode. Based on feedback, this may become a basic option (in standard menus) in Sim Update 11.

Microsoft is planning a “Marketplace 3.0” with new features in 2023, possibly later in the year.

We finally hear more details from developer Hans Hartmann on the ATR. The project is on schedule but it is “a little early” to talk about a release date. It should also come to the Xbox version.

The aircraft will be a high-fidelity aircraft with a state-of-the-art exterior model. Everything is animated, including the doors. The new LED landing lights are also implemented.

The interior model has the same level of detail as the exterior and a fully drivable cabin will be included, alongside the cargo area for the cargo version. Everything that opens or closes is lively and usable, including the sun visors and armrests, and even the captain’s side briefcase.

An EFB (electronic flight bag) tablet will be implemented and all controls are available through LocalVars, which will help those who like to build cockpits for their simulators.

The aircraft will have a high quality flight and engine model by Alexander Metzger (who worked alongside Hartmann on the highly acclaimed Flight1 ATR for Flight Simulator X). The engine modeled is the PW127M with realistic ITT behavior and fuel flow.

The latest flight dynamics, propeller physics and soft body simulation will be included.

The aircraft is based on full documentation from ATR.

We then hear more general information, including the fact that Asobo will implement (or better, improve, since it is already implemented but imperceptible) touch camera shake in update 10 of the simulation.

Other features planned for sim update 10 are multi-monitor support, DLSS support, improved DirectX12 implementation, new cloud logic which will improve near-ground resolution, improved bush travel, better accessibility for the user interface (including a screen reader), a hotkey to remove nameplates on the fly, VFR map improvements, and an option to enable or disable ghosting in multiplayer. The implementation of these features depends on the results of beta testing, which will begin very soon. The release of the update might actually come a few weeks later than expected to allow for more thorough testing.

Real-time wind gusts are also being tested and planned for Sim Update 10 alongside the first stage of ground handling improvements.

Performance degradation in long flights is still being investigated and the developers believe it may be caused by the VFR map. They are also investigating if this is impacted by third-party sets.

If you want to know more about the game itself, you can read our review which will tell you everything you need to know about the game from Asobo Studio.