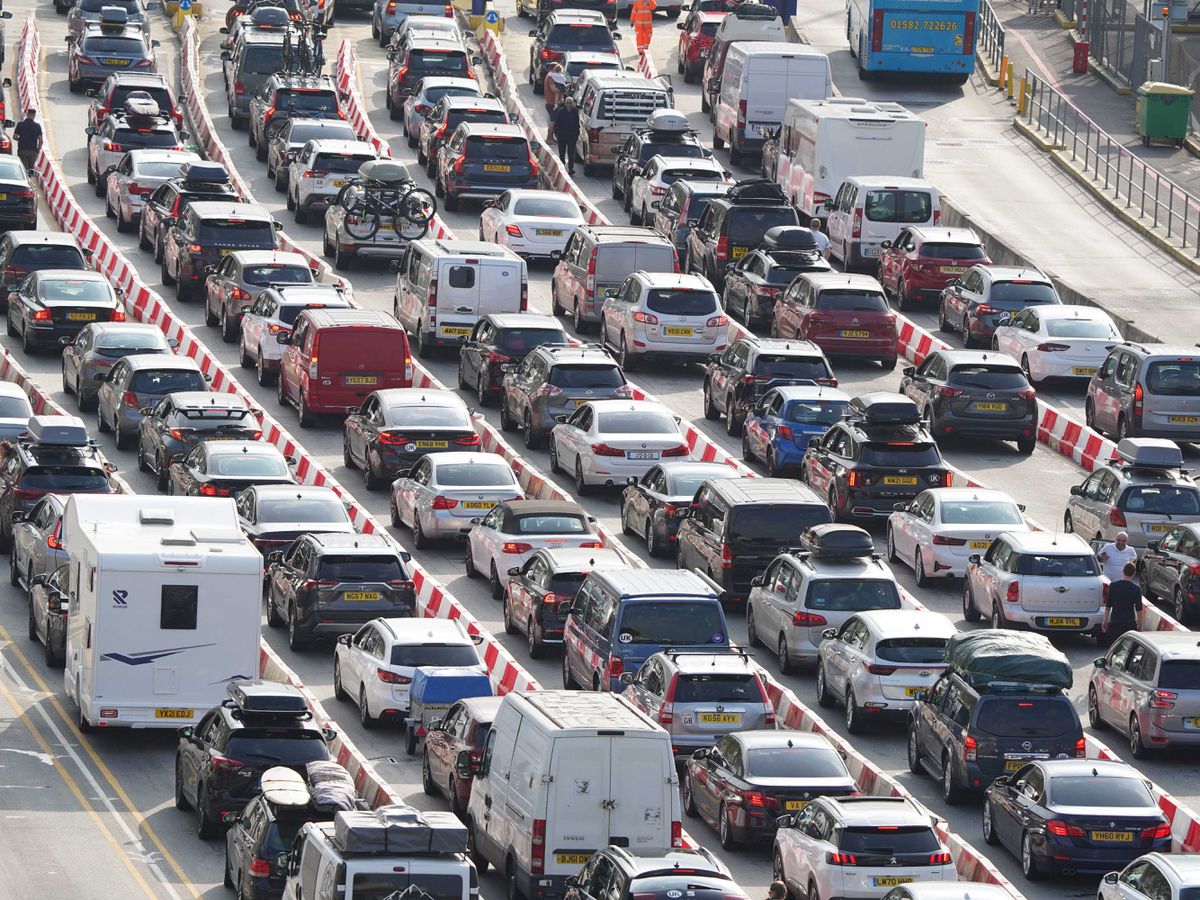 Local authorities in Kent have asked for more money from the government to better deal with disruption to the roads caused by delays at the Port of Dover and Eurotunnel.

Thousands of people had their cross-Channel journeys cut short last weekend due to customs delays at the port of Dover and a serious collision on the M20.

The AA issued its first amber warning for severe traffic jams between 11 a.m. and 3 p.m. today and Saturday.

Roads approaching Dover and the Eurotunnel terminal in Folkestone are expected to be very busy, as well as those serving Devon and Cornwall, such as the M5, A303 and A30.

The south west and west sections of the M25, the Bristol M4/M5 junction and the M6, M42, M1 and M62 are also vulnerable to traffic jams this weekend.

Today the leaders of a number of Kent councils, the chief executive of Visit Kent and the public affairs director of Getlink, which runs the Eurotunnel, wrote an open letter to the Secretary of State for Transport calling to more investment in Kent’s roads – and more money in the meantime.

The letter reads: “It was another frustrating weekend last week for residents and businesses in Dover, Folkestone and Ashford, cut off from the rest of the world by blocked local roads, causing even more damage to the local and national economy.

“The impact is also felt by neighboring areas, with serious consequences for the tourism and tourism economy of vital importance to Kent.

“It’s a bigger problem than Dover and Folkestone. It hurts the whole UK economy and hurts Britain’s global reputation.

“As a nation, we depend on highly efficient and effective cross-Channel services; nowhere can match the capacity of the short strait crossings from Dover and Folkestone and which remain the first choice for domestic and international travelers and carriers.

“They are an essential part of our national infrastructure and should be recognized as such.

“But the system is fragile. Any interruption of services quickly spirals out of control. And it is local communities, businesses and tourism across Kent that are bearing the brunt of these increasingly frequent events.

“If we want to enjoy holidays abroad, export our goods and welcome tourists and trade back, the government must act and produce a long-term solution.

“It will take time. So, in the meantime, we call on the government to provide more resources to the Kent Resilience Forum and its partners so that they can more effectively manage disruption on Kent’s roads and expand wellness facilities.

“The challenge will only get worse if the government ignores the problem. The planned introduction next year of the entry and exit system, which requires biometric checks, should put our county back in the forefront.

“The clock is ticking and it’s time to act!”

The letter calls for four solutions:

– Investing in Kent’s road network, including but not limited to the doubling of the A2 from Lydden to Dover as well as improvements to Brenley Corner and the Whitfield and Duke of York roundabouts
– Develop additional border facilities supported by a network of truck parking lots across the country
– Creating “smart” travel corridors and efficient borders through new technologies
– Improve access and capacity for rail freight trains and high-speed passenger trains.