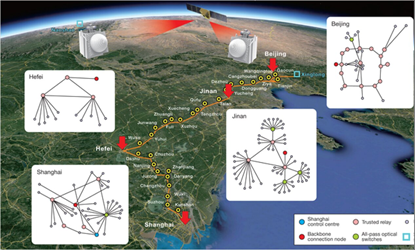 How much money has China already invested in quantum technology?

It is difficult to estimate how much the Chinese government has already invested in quantum technology, but here is an attempt to provide a better estimate using verifiability and open sources as materials.

1) A foundation of quantum experts in China + 2) top down: China’s political interests + 3) bottom up: implementations.

The Foundation: 1) An Insider’s View: Chinese Quantum Workers Report: “Quantum Information Science» by Qiang Zhang, FeihuXu, LiLi, Nai-Le Liu and Jian-Wei Pan, 2019, and 2) a broad and objective analysis: »Quantum Hegemonyby Elsa B. Kania & John K. Costello, released in 2018. With this foundation, I have filled in the gaps, especially in recent years.

China National Natural Science Foundationand the chinese academy of sciences (CAS) provide funding for many other areas of quantum technology. In addition, CAS and the University of Science and Technology of China, with the support of identification institutes from all over China, are building a new National Laboratory for Quantum Information Science, aiming to become the largest quantum research facility in the world. Construction is underway with would have 1600 construction workers. To help you sort out the name: Chinese social media refers to the new lab as the “CAS Center for Excellence on Quantum Information and Quantum Physics”, seen here with Research building #1 almost complete in Hefei in March 2021. If you’re wondering about the odd shape of the building, this is for pay homage to Albert Einstein’s quantum light equation E=hv.

Funding of another quantum organization with a broader vocation: the Institute for Research on Quantum Information and Innovation in Quantum Science and Technology or Quantum Innovation Research Institute in short, aims to support the above national laboratory, while developing the growth of quantum industries in Hefei and beyond.

The sum of their investment until 2018 is at least 5 billion dollars, which can reach 10 billion dollars with communication networks, including quantum satellites. Added to that is $15 billion through about 2022, for the National Laboratory for Quantum Information Science with the Quantum Innovation Research Institute.

Therefore, it is estimated that there has been at least $25 billion of Chinese government investment from the mid-1980s through 2022 in quantum technology without including private investment and financing under the “five-year plan”. (FYP) current.

Why is the Chinese government investing record amounts in quantum technology?

It was 2013 when international security experts read leaks from former NSA contractor Edward Snowden that exposed the extent of US intelligence capabilities and activities in China. According to Pan Jian Weithis event greatly increased China’s national cybersecurity activities and increased the urgency of his work.

According to Canadian Security Intelligence Service, China has become an undisputed leader in quantum cryptography research and development, while building a national quantum communications infrastructure that could better protect sensitive military and government communications from the signals intelligence and cyber espionage capabilities of potential adversaries. China’s new National Laboratory for Quantum Information Science, when completed, will engage in research of “immediate benefit” to China’s armed forces.

China’s Five-Year Plan is the country’s five-year strategy for economic development: a time segment with a national theme, growth targets, assessments and further reforms. The first plan was in 1953-1957. the 14th five-year plan (2021-2025) is now. To show just how broad and deep China’s support for quantum technology is, here are China’s current key stakeholders:

At the beginning of the 13th ‘Five-Year Plan’ (2016-2020), MOST launched the ‘Quantum control and quantum information‘ National key research and development (R&D) project, investment of more than 100 million dollars, which had an effect similar to Snowden’s leaks – China’s quantum development has been accelerated again. Since MOST is one of the few Chinese ministries that publishes its budget transparently on its website, it should be noted that its annual budget is around $80 billion per year.

The ‘Target Table’ on page 45 of the Final budget 2020 is particularly intriguing. In this country’s great planning and documentation capacity, a point system incentivizes managers to track employee papers and patents to achieve China’s goals. Their target chart bears the line: “Provide method support to break the blockade of foreign patents, break the monopoly of technology…” This line item is said to be one of the driving forces behind the large number of quantum patents in the country.