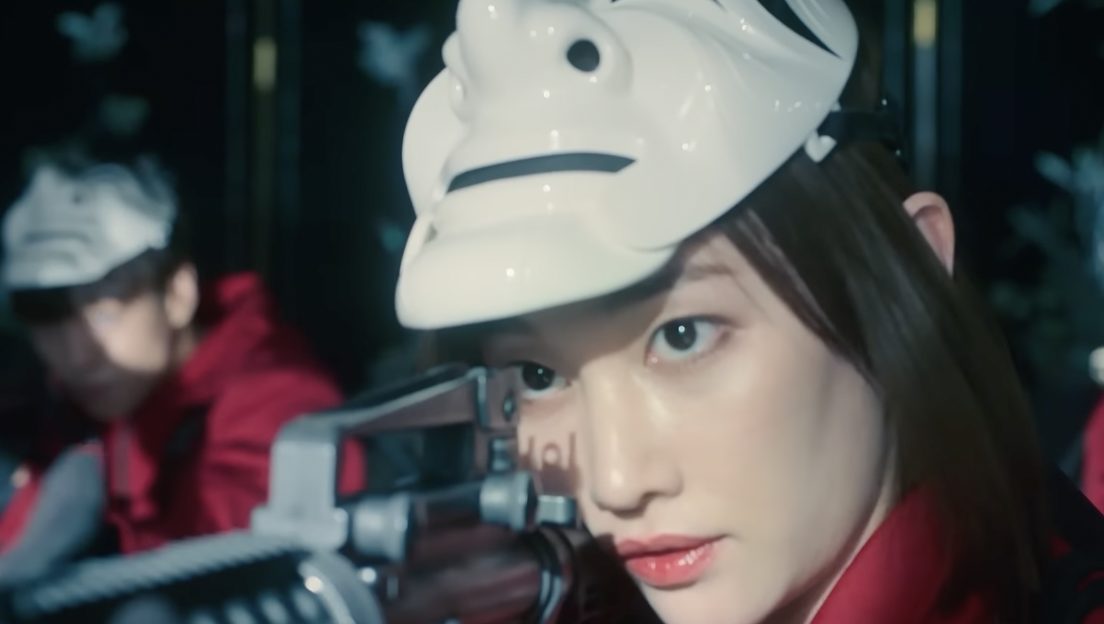 Here’s a look at the ‘Money Heist: Korea

Netflix has just unveiled a special video featuring the actors who will bring the Korean adaptation of the hit Spanish series “La Casa de Papel” to life.

In the video, we see these characters in action, wearing iconic red jumpsuits and traditional Hahoe masks.

It also shows that the characters have very different backgrounds from the original series.

“Money Heist: Korea – Common Economic Space” takes place in a world where Korea is on the verge of unification. North Korea and South Korea establish the Unified Currency of Korea and print a common currency as the basis for building a stable joint economy.

Despite people’s expectations, “only the rich have gotten richer”, leading to severe inequality. Against this unjust world, a team of thieves, including Tokyo, a former soldier from the North, unites under the leadership of a mastermind known as the Professor to plan an unprecedented heist – stealing money that doesn’t does not yet exist.

“The situation in North Korea and South Korea is something I wanted to portray on the show,” director Kim Hong Sun said at a mediacon on Wednesday. “I thought the story of the two Koreas could be told to the global audience because it would arouse curiosity.”