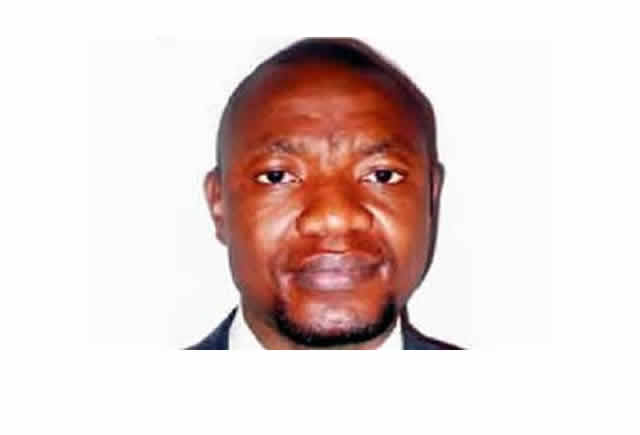 Anyone who follows the events of national politics would not be hard pressed to convince of the manifest reality that money is now an essential part of the national discourse. We simply cannot circumvent the problem. It will appear in every direction you look. The country is so short of cash that we may not be able to finance a single investment project next year. However, politics needs money and candidates must therefore obtain it to carry out their electoral campaigns. They used to share dollars; they will surely do it again. Indeed, some are now fundraising outside the shores of Nigeria. It’s another brewing brouhaha.

There is yet another interesting development, which will serve the nation a great deal of good. Rest only on the money, civil society is now looking in the right direction. When I say civil society, I mean those whose work I have followed in the field of the environment, particularly with regard to the added value during election campaigns. For me, that’s a sign that we’re probably going to be successful this time around. Politicians used to promise to transform the eco-sector but they do the opposite when they win elections. Now they won’t bamboozle us with false promises. We know where to look. We follow the money, first.

An aside. I have some advice for those Nigerians who are tempted to lose hope in this country. Don’t! There is hope. The future is bright, young and vibrant. If you look around, there are many young Nigerians doing great things that will soon snowball into a stage of national transformation, perhaps a revolution.

Last week, a coalition of civil society organizations called on All Progressives Congress presidential candidates Bola Tinubu; the Peoples’ Democratic Party, Atiku Abubakar; the Labor Party, Peter Obi, and the New Nigerian People’s Party, Rabiu Kwankwaso, to publicly declare their holdings ahead of the 2023 general election. The coalition said the lack of public data on the assets of potential political aspirants paves the way opacity and lack of accountability, thus fueling political corruption.

CSOs, which include Accountability Lab Nigeria, Connected Development, Socio-Economic Rights And Accountability Project, BudgIT, Center for Journalism Innovation and Development, PLSI, Yiaga Africa and Enough is Enough, said the call has become imperative to make sure politicians don’t get rich. and their acolytes while performing public duties.

Speaking on behalf of the coalition, Managing Director of Connected Development, Hamzat Lawal, said there was a need for all presidential candidates, government and key stakeholders to prioritize issues of accountability in government processes, budget transparency and plans to strengthen the fight against corruption. agencies and addressing gender-related challenges.

“Despite the existence of a legal framework for the declaration of assets of political office holders, the level of compliance is unknown because data on the declaration of assets of office holders is not publicly available. The lack of data over the assets of potential political aspirants paves the way for opacity and lack of accountability, thus fueling political corruption….In all this, to strengthen democracy in Nigeria through inclusive and accountable leadership with integrity and by strengthening public confidence in governance, we call on all political parties and political aspirants to publicly declare their assets.

Now let’s focus on the spokesperson for the coalition, Lawal of CODE. The social accountability organization he founded in 2012 was conceived as a direct response to the environmental disaster that struck the country in Bagegga, Zamfara State, where more than 400 children died from poisoning. lead. Hamzy, as he is popularly known, has launched a global digital campaign – #SaveBagegga – calling on the government to release funds needed to clean up the community to prevent further deaths and environmental contamination. It was this spirit of ensuring the deployment of budgeted resources for societal response that later inspired the launch of CODE’s flagship project, Follow The Money.

The project has grown over the past decade. The FTM team, which now includes a network of journalists, lawyers and more than 7,000 volunteers, identifies development projects and then sends freedom of information letters to those responsible. Upon receipt of project details, including total funding allocation, a bill of quantities and proposed implementation schedule, the team forwards the information to the beneficiary community. Due to the visible impact and money saved for the government and the people, FTM is now present in nine African countries, Haiti, Pakistan and is making expansions in Europe and other parts of Asia.

During the last general elections in 2019, CODE launched a project that required politicians to commit to implementing water, sanitation and hygiene projects as soon as they took office, tagged #Vote4WASH. Launched in November 2018 in partnership with WaterAid, #Vote4WASH was a national campaign rooted in Goal 6 of the Sustainable Development Goals that calls for transformative budgeting, funding and investment in WASH in Schools related projects and communities. He wanted water, sanitation and hygiene to dominate election campaigns and political conversations in 2019, especially at sub-national levels of government.

From personal observation, #Vote4WASH has not had a drastic impact on the sector. First, he was only able to secure the promise of “small suitors”. Second, it did not change the way politicians viewed environmental issues. Corruption does not spare the environmental sector; in fact, it is this sector that suffers the most from corruption. For example, the country’s Ecological Fund remains a “shadow fund” where its expenditures and disbursements are shrouded in complete opacity. Politicians use it as a slush fund. And even when there are genuine ecological concerns and budgeted funds to be released, they usually get stuck in the pipes. This is what the government of the time wanted to do in Bagegga before Hamzy and his friends entered the scene.

We are therefore happy to know that during the next elections of 2023, CODE and its colleagues are looking beyond encouraging politicians to commit to the environment. Instead, they shine their spotlight on the pockets of politicians, especially big party contenders.

Most importantly, we must never miss the fact that CODE is entirely youth-focused. With a 35-year-old CEO and one of its board members, a 17-year-old student, it is clear that Nigeria is not completely off the mark. It’s really refreshing to see strategic thinking in the sector. Take for example, in 2021, in collaboration with the Ford Foundation, CODE supported grassroots village leaders in Rivers State to demand greater accountability for the resources allocated to them. The campaigns were born out of the need to address widespread corruption, poor accountability and neglect of community development, all of which have resulted in years of underdevelopment, exposure to dangerous health risks from leaking petroleum substances in water supplies and the very impact of these on livelihoods and quality of life.

After countless freedom of information letters and requests to see the executive governor were ignored, they rolled out social media and active citizen engagement, which sparked the government’s response on the state of 3 projects that have now been relaunched.

This is the engine behind Follow The Money, which I predict will revive the nearly dying Nigerian spirit. Young people must insist that transparency starts today, not after elections have been won and lost. The environment sector can only be transformed by politicians willing to shine the spotlight on all they have. It is our right, and as Hamzat Lawal recently proclaimed, fighting “corruption is a human right”!