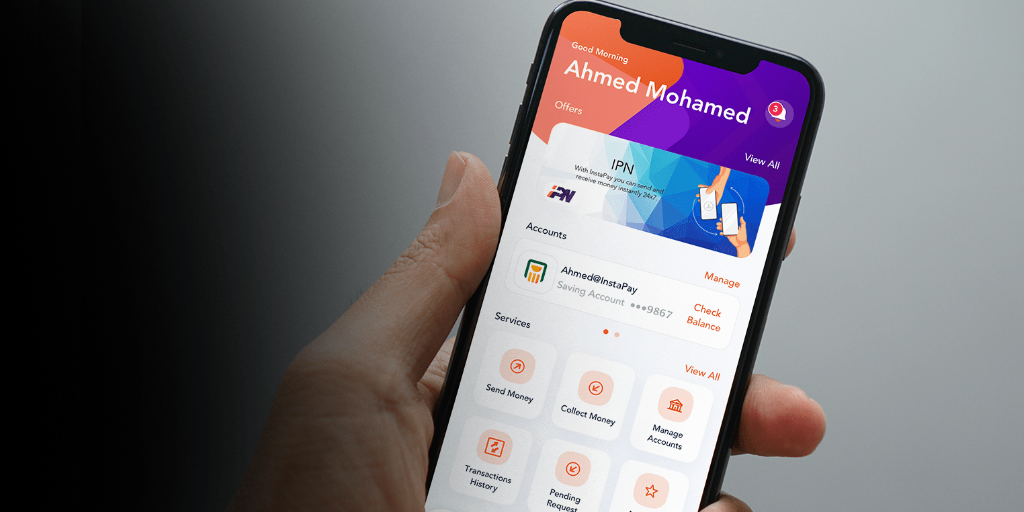 The Central Bank of Egypt (CBE) announced the activation of the InstaPay app on Wednesday, March 23, which works in tandem with the Instant Payment Network (IPN).

The announcement took place during an official inauguration event which brought together Tarek Amer, the Governor of the CBE, as well as ambassadors from different countries and heads of multinational payment companies.

The app was developed by Egyptian Banks Company, the technology arm of CBE, under the direction of its parent company.

“The launch of the new Instant Payments Network marks a key milestone on our roadmap for the national payments landscape. Our goal is to ensure payment sovereignty in Egypt, promote the National Payments Council’s vision of transforming society towards less reliance on banknotes, and enabling convenient, secure and affordable digital financial transactions for all Egyptians. », says Bitter.

The new platform aims to bolster Egypt’s emerging digital economy, allowing transactions to be rendered digitally, in an instant, through bank accounts or a Meeza card.

“InstaPay is an application that allows direct access to all your bank accounts and allows instant transfers using your mobile device 24/7”, as explained on their official website.

The app is the first of its kind – a payment service provider – to be licensed by the ECB; it also offers its users access to an IPN. The application relies on data security and encryption ensuring the restriction of access to any data between the customer and his bank.

“End-to-end encryption for all sensitive data above is implemented. Thus, the application has no access, right or ability to retrieve and/or store such sensitive data, all sensitive data is encrypted between the customer and their bank,” the company explains on its “questions and answers”.

To register, you must have an account in one of the aforementioned banks, with your phone number linked to the bank account. Next, you will be asked to create a unique IPN account and an IPN PIN.

The InstaPay app joins the recent wave of fintech companies trying to revolutionize the industry. Last year, Egyptian startup Telda announced plans to become the first-ever mobile banking app in Egypt with electronic transfers from one account to another. However, it is not yet officially operational since its announcement.