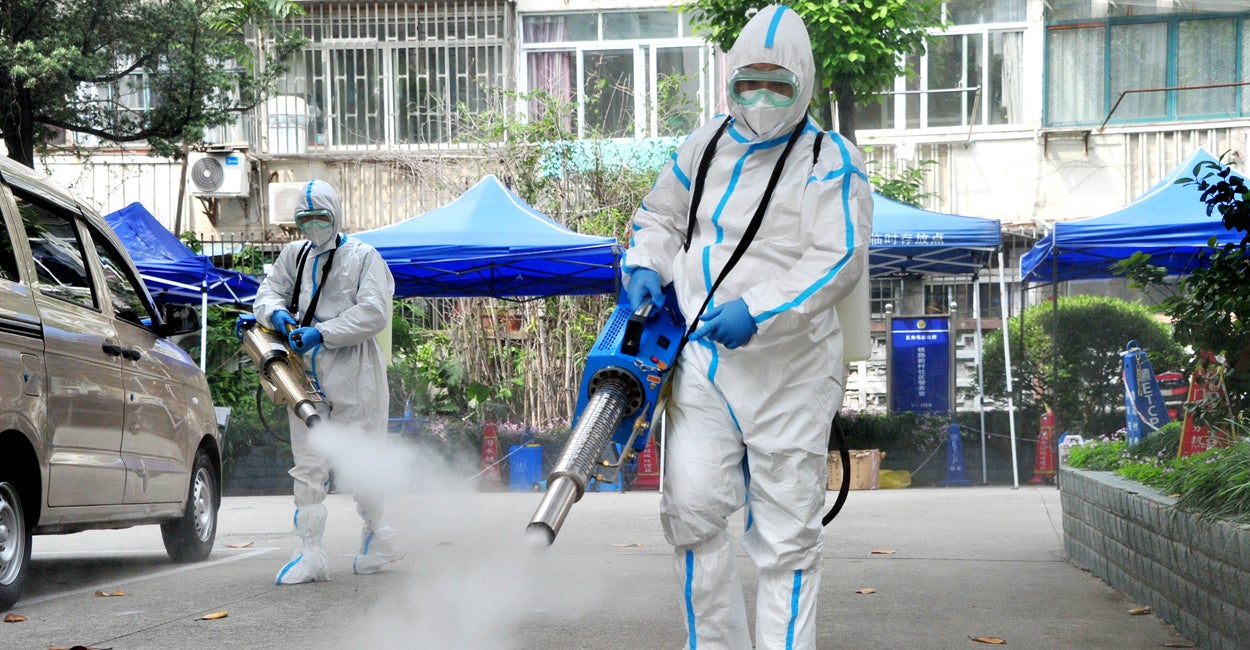 The political costs are unclear. Nothing political in China is. But China’s recent trade figures show China is already paying a real price for Communist Party of China General Secretary Xi Jinping’s heavy-handed approach to handling the latest COVID-19 outbreak. How he handles this in the future will have a major economic impact, not just on China, but on the world.

China’s latest official figure shows that its export growth in April slowed to 4% (year-on-year) from 24% in January. The growth rate of its imports in April fell even more significantly to -0.03% from 20% in January. China’s trade profile mainly consists of importing raw materials, intermediate industrial goods and machinery for manufacturing and final assembly. It then exports the final products around the world. Thus, the negative growth of imports in March (-0.12%) has already implied the drop in exports in April. As import growth remained sluggish in April, Chinese exports in May are expected to remain lackluster.

The number one culprit? Xi’s COVID-19 lockdown of several Chinese cities since March. Cities under lockdown included major industrial and commercial hubs such as Shanghai and Shenzhen. The two cities combined accounted for more than 20% of China’s total trade. Overall, cities under lockdown accounted for almost a quarter of the total population and more than 40% of China’s economic output. So far, there are no signs of easing COVID restrictions after nearly two months of restrictions.

The disruption of supply chains is evidenced by the decline in exports to and imports from Hong Kong and Vietnam in the first four months of the year. hong kong is an important transit center for goods shipped to and from China. As Vietnam has transformed into an important export platform, Chinese exports of industrial goods to the country have been significant for final assembly in the country. The growth rate of Chinese exports and imports of electrical machinerythe largest trade item, also shows a downward trend this year.

China’s trade outlook in the coming months is less likely to be optimistic. Omicron is more contagious than previous variants. The negative effect on trade would persist if the government continued to insist on restricting the movement of people. Ironically, if the government were to relax COVID rules, the country would risk having more confirmed cases and potentially overwhelming its hospital system. Daily economic functioning, foreign trade and investment would still be severely impacted.

Another factor in China’s trade decline is weak external demand. Economic growth in the two largest consumer markets, the United States and Europe, has lost momentum this year. Real gross domestic product in the United States fell from 6.9% year on year in the fourth quarter of 2021 to 1.4% in the first quarter of 2022, according to Economic Analysis Office. In Europe, the economy grew by only 0.4% in the first three months of the year, compared to 2.2% in the third quarter of 2021 according to the Statistical Office of the European Union.

In addition to declining economic growth, persistent inflation in the US and Europe is expected to continue to dampen consumer spending, limiting goods imported from China.

Before the COVID outbreak, China had already lost a powerful engine for its trade expansion due to the deterioration of foreign direct investment in manufacturing for a decade. Rising wages and stricter labor and environmental rules have led to a drop of more than 50% in foreign direct investment in the manufacturing sector, from $56 billion in 2011 to $37 billion in 2020, according to the Chinese Ministry of Commerce.

Manufacturing is diversifying away from China to other developing countries. Due to the decline in foreign direct investment, contribution of foreign companies to China’s overall trade decreases from nearly 60% in 2006 to 39% in 2020.

The impact of China’s continued lockdown on the regional supply chain network could be significant. China was the largest exporter and second largest importer in the world since 2009. It is also a key supplier of medium to low technology intensive industrial goods for developing countries in the region and a major producer and exporter of final consumer goods. The continued lockdown of Chinese cities would therefore impact the region’s supply chain network as well as exports of finished goods to the global market.

Trade is also one of the key elements in propelling China’s economic growth. The lower number of confirmed cases was used to show China’s better handling of the COVID outbreak, compared to many Western countries. However, in the face of endless and highly transmissible variants, it is increasingly difficult to maintain low numbers of confirmed cases and low death rates in China.

Add to that the problem on the demand side and Xi’s Zero-COVID policy is unlikely to be sustainable. China is being pulled in two directions. Political imperatives around the Party Congress approach encourage Xi to stick to his draconian COVID policy. Economic realities push him to adjust. How China handles this dilemma will have a major impact on the global economy in the future.

Do you have an opinion on this article ? To ring, please email [email protected] and we will consider publishing your amended remarks in our regular “We hear you” column. Don’t forget to include the URL or title of the article as well as your name and city and/or state.