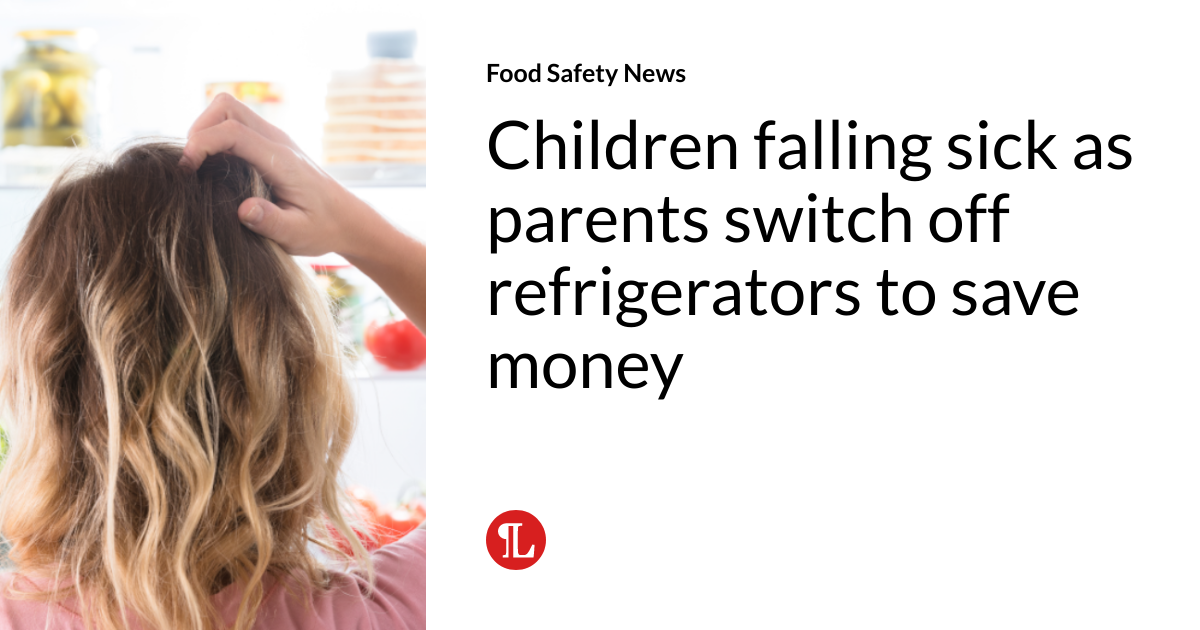 Children fall ill as parents turn off fridges to save money

According to several reports, children in England are suffering from food poisoning because household fridges are turned off to save money.

Truro Food Bank say it BBC there have been reports of children having stomach aches or food poisoning as some parents turn off their fridges and freezers overnight to save electricity as rising bills put additional pressure on families. Young children are especially vulnerable to small amounts of bacteria that cause food poisoning. Turning these devices off means food spoils faster.

Properly refrigerating food helps prevent harmful bacteria from growing. Some items must be refrigerated for safety reasons, such as raw, ready-to-eat, and cooked foods. The refrigerator should be 5 degrees C (41 degrees F) or lower. Food in a freezer doesn’t spoil and most bacteria can’t grow in it, but it should be thawed safely, according to the Food Standards Agency (FSA).

Recent figures from the Trussell Trust showed that food banks in the charity’s network provided more than 2.1million parcels to people across the country from April 2021 to March 2022.

Emma Revie, chief executive of the Trussell Trust, said: ‘People tell us they are skipping meals so they can feed their children. That they turn off essential devices so that they can allow their children to access the Internet to do their homework.

“And yet the food banks in our network tell us it will only get worse as their communities are plunged deeper into financial hardship. No one’s income should fall so dangerously low that they cannot allow you to stay nourished, warm and dry.

A previous FSA investigation found that the proportion of people who reported food insecurity, reducing size or skipping meals for financial reasons, using food banks or support from local authorities, increased from April 2020 to October 2021.

Those who said they cut or skipped meals due to money problems were much more likely to eat foods such as cheese, smoked fish, cooked meat, bagged salad and milk after the date of expiration.

Other research looking at changes in eating habits over the past 12 months found that some people bought more food close to its best before date, ate more food after it, and stored leftovers longer before it expired. to eat.