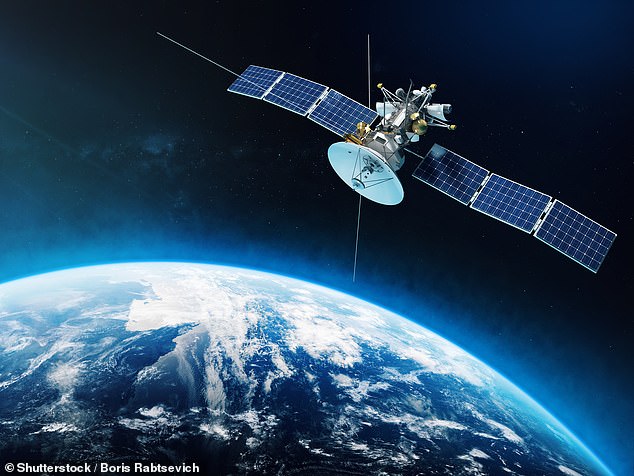 British satellite giant OneWeb is planning to raise billions of pounds to fund a massive low-orbit communications network, The Mail on Sunday has learned.

The tech company, which was bailed out by the taxpayer in 2020, is in talks with a group of banks over the ambitious plan that would help pay for a new generation of launches – known as Gen II.

A source said the amount raised would be around £3bn of debt. It is understood that the government’s export credit agency is involved in the talks, according to city sources.

Ambitious: OneWeb is in talks with a group of banks on the ambitious plan that would help pay for a new generation of launches – known as Gen II

UK Export Finance (UKEF) provides funds and guarantees to lenders for companies in strategic industries exporting from the UK. The process could also involve the French public investment bank BPI and the American credit export agency.

A source said plans are at an early stage and could take nine months or more to finalize. The proceeds would be used to build more of its existing satellites and fund Gen II, more details of which are expected to be unveiled next month.

OneWeb already has 648 satellites in low Earth orbit whose goal is to provide high-speed Internet access to the most remote regions of the planet via stronger signals than traditional fixed satellite systems. Applications include broadband in aircraft.

The investment plan follows a proposal by French satellite operator Eutelsat to merge with OneWeb – to create a European champion who will take on Elon Musk’s Starlink and Jeff Bezos’ Kuiper.

The proposed merger was poorly received by Eutelstat shareholders, with shares falling by a third on the news in July. The stock price has since regained some of its losses. Eutelsat said it would set aside up to $5.3 billion to complete OneWeb’s network and update its technology over the next seven years.

Sources said the latest fundraising plan will happen regardless of its ongoing merger with Eutelsat. One added that a merger could boost its chances of securing debt given Eutelsat’s financial stability.

A Eutelsat adviser said market reaction to the proposed merger was “very bad” and wondered if shareholders would approve it. It is understood that Eutelsat has since stepped up its efforts to convince investors of the plan.

OneWeb’s shareholders include its biggest stakeholder Bharti Global, the UK government and Eutelsat, all of which back the deal.

The deal could be finalized by the middle of next year after regulatory approval. UKEF declined to comment and OneWeb did not respond.