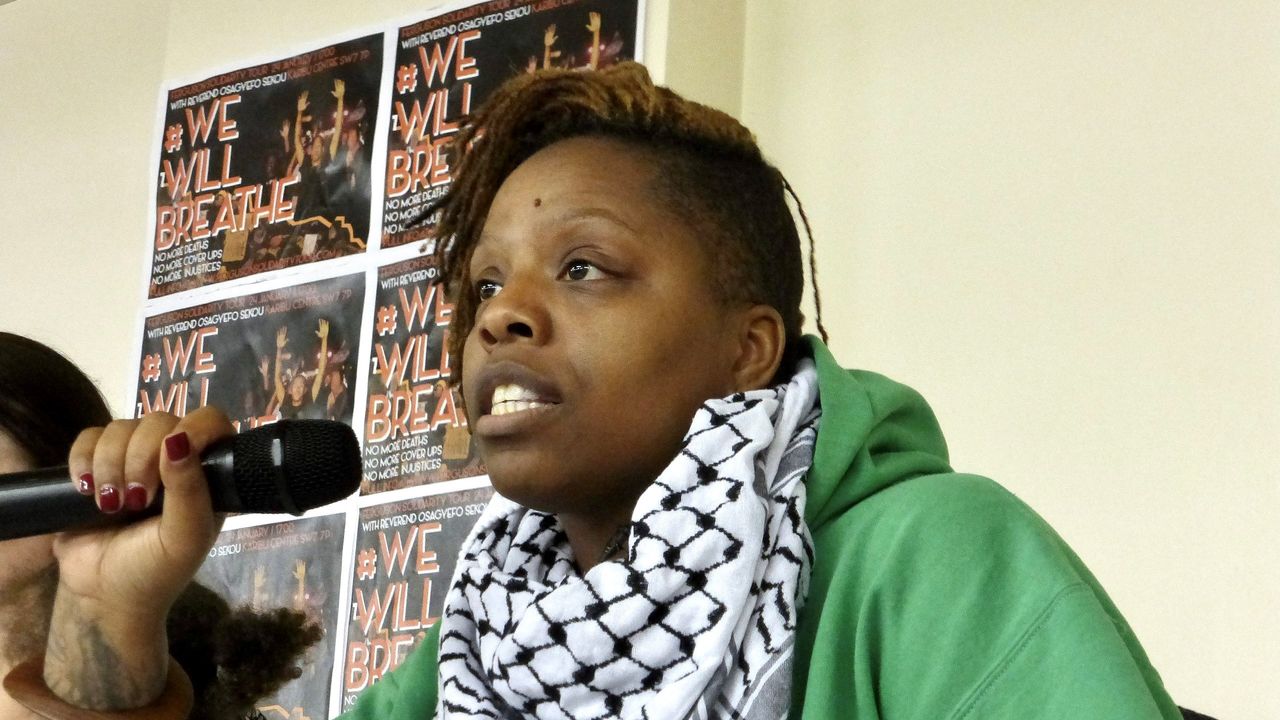 Allegations of financial mismanagement among the supposed leaders of the Black Lives Matter (BLM) movement – as well as questions surrounding the true character of the organization – continue to unfold following a recent New York magazine report revealing that the group bought a $6 million luxury home in Southern California with money that was donated to the BLMGNF (Black Lives Matter Global Network Fund, the official title of the only truly national organization) .

According to the report, BLMGNF purchased the 6,500 square foot property, with seven bedrooms and bathrooms, a sound stage and music studio, a swimming pool and parking for nearly 20 cars, in October 2020 to serve as a “safe haven” and headquarters of BLM to create social media content. Last June, three BLM leaders — Patrisse Cullors, Alicia Garza and Melina Abdullah — recorded video outside the property while marking the one-year anniversary of the murder of George Floyd.

The report has further fueled questions about BLM’s finances just a year after it released the first look at its finances. The foundation said it has raised more than $90 million in 2020 alone and committed $21.7 million in funding to various BLM chapters and grassroots organizations. With its operating budget set at $8.4 million, more than $60 million was missing.

BLM released an official statement defending the purchase of the mansion while doing damage control, promising to “bring clarity” and increase “transparency and accountability”.

“Despite past efforts, BLMGNF recognizes that more work needs to be done to increase transparency and ensure leadership transitions are clear,” said a tweet from the official BLM account. “We are redoubling our efforts to clarify the work of the BLMGNF. In the coming weeks, we will unveil new initiatives to increase transparency and accountability, and to continue to reshape what radical philanthropy looks like for Black people.

BLM sought to justify the purchase of the California mansion, which they call the “Creator House”, by arguing that it was designed to encourage “black creativity” which is “necessary and vital to the survival of black people”.

“That’s why Creator’s House was purchased – to provide a space for black people to share their gifts with the world and perfect their craft as they see fit, on terms that work best for them and outside of systems of oppression. in the creative industries.

Patrisse Cullors, co-founder and former executive director of BLMGNF, and Melina Abdullah, co-director of BLM Grassroots, spoke to reporters on Monday during a closed-door roundtable, according to NBC News, where the couple rejected recent allegations of media attacks and “disinformation.” Cullors and Abdullah claimed the purchase of the multimillion-dollar property was motivated by concern for the safety of the executives.

“Almost immediately after the shutdown, the attacks on me and BLM, which also means Melina and others, escalated,” Cullors said. She also claimed she stayed home for four nights while the FBI investigated a death threat against her. “So we used the campus as a refuge, as a safe place. This derailed an announcement strategy. Conditions have changed, and that’s it.

Chelsea Fuller, who moderated the discussion, said current BLM management declined to participate in the discussion and a spokesperson for the organization said “the Foundation intends to create its own media in a near future”. Cullors officially stepped down as executive director a year ago and it is currently unclear who controls the organization and its tens of millions of dollars in donations.

the New York the exposed magazine included details of the group’s efforts to conceal the actual real estate transaction. The $6 million home was purchased in October 2020 by Dyane Pascall, the chief financial officer of an LLC operated by Cullors and his wife, as well as Trap Heals, a nonprofit run by father Damon Turner. of Cullors’ only child.

The money for the purchase came from $66.5 million that had just arrived at the BLMGNF through donor contributions. Pascall then quickly resold to a Delaware-based LLC, a move that concealed the true ultimate owner of the property, who remains unidentified.

Last week’s revelations are just the latest in a long line of allegations that expose the fraudulent nature of BLMGNF. Rather than being a veritable center of expression for mass opposition to police brutality, the group speaks on behalf of privileged sections of the middle class who seek to profit from the promotion of racial politics to advance their own positions in the US state and corporations.

The Democratic Party and corporate media have relentlessly promoted illusions in racial identity politics as part of an effort to promote racial divisions and obscure the common class interests of all working people, including in the fight against police violence.

After the eruption of mass multiracial protests against police violence sparked by the May 2020 killing of George Floyd, the Democratic Party and its pseudo-left allies have worked to redirect grassroots opposition to police violence into political racist identity while promoting the illusion that the police can be reformed.

In an article covering the many financial scandals of Black Lives Matter, the World Socialist Website explained the true character of the organization:

The facts that have emerged demonstrate that Black Lives Matter is largely a creation of the corporate media and the Democratic Party, and not a genuine expression of popular insurgent opposition to the pervasive brutality and social inequality of society. American. The revelations illustrate venal and privileged social strata whose interests are expressed in the elevation of race, rather than class, as the essential dividing line in society.

The lethal force that the police regularly use against the population is the inevitable result of a society torn by inequalities and social contradictions. Police victims are of all races, ethnicities and genders – mostly poor and working class. The fight against police brutality and racism can only be won by abolishing the capitalist system and fighting for socialism.

Review of the WSWS

What is the pseudo-left?

This review examines the response of pseudo-left political tendencies internationally to major global political events of the past decade.