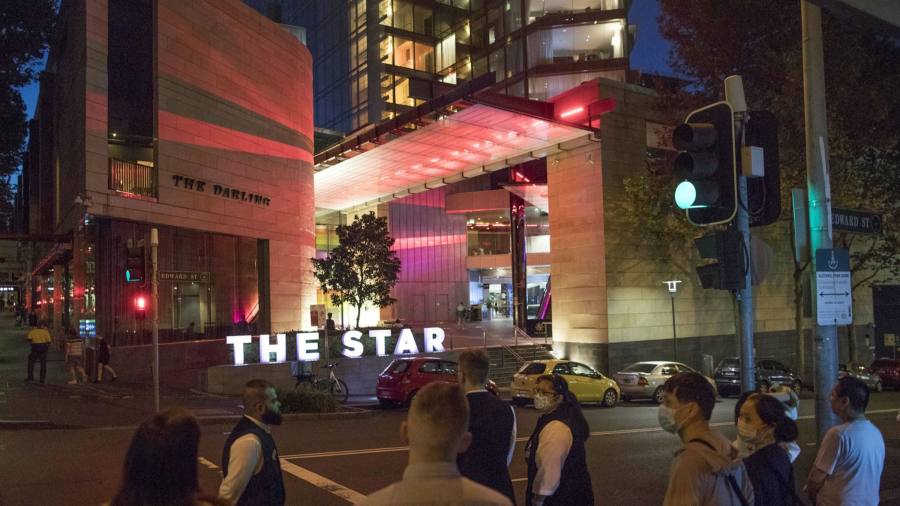 But his fortunes changed after he was called as a witness in a high-profile investigation into Sydney’s Star casino that comes as Australian and Chinese regulators crack down on money laundering and junkets, where intermediaries extend credit to lure the continent’s big players.

The Australia investigation found that around A$900 million ($674 million) in transactions were processed at Star casinos using China UnionPay – China’s version of Visa and Mastercard – by players . Using the payment network for gambling violates both Australian anti-money laundering rules and Chinese capital outflow laws.

Lee, who speaks Mandarin with an accent from the southeast Nantong area, told the inquest that Star staff advised him one night to use his Chinese card when he was suffering a heavy loss. “He said, ‘Don’t worry, you can use a China UnionPay card to pay off the debt.’ Of course, I was very happy,” Lee said through a translator during the online hearings.

One night in 2015, Lee swiped his Chinese cards 12 times to withdraw A$11 million. Cashiers who questioned the huge withdrawals said their money laundering concerns were dismissed by Star management, who did not want to jeopardize the casino’s relationship with a ‘A$20m player’ who has spent a total of A$2.2 billion at the casino over 15 years.

The inquiry is expected to release a report in July based on the evidence. Star, which has operated in Sydney since the 1990s, could lose its gambling license or be forced to operate under the supervision of an independent monitor.

The investigation is the latest setback for the country’s ailing gambling industry, which had seen dramatic comebacks working with junket operators in Asia to entice high rollers from China to gamble at their casinos.

This lucrative relationship is falling apart. Crown Resorts, Australia’s largest casino operator, was sued last month by the country’s financial watchdog for allegedly breaching anti-money laundering and counter-terrorism financing laws. A third company, New Zealand-based SkyCity, which owns a casino in Adelaide, is also expected to be questioned as part of an industry-wide investigation into money laundering.

Star, whose shares have halved since the start of 2018 to a market value of A$3 billion, declined to comment on the evidence while the investigation is ongoing. Matt Bekier, Star’s chief executive, resigned on March 28 following the revelations, saying in a statement it was the “right thing to do”.

Charles Livingstone, a senior lecturer at Monash University in Melbourne, called Star and Crown’s behavior a ‘systematic pattern of rorting’ – an Australian word for scam – as they sought to ‘skim the top’ of high rollers spending millions of dollars. through junket operators.

The investigation heard testimony from current and former Star employees who said China UnionPay transactions were disguised as hotel and entertainment services to deliberately mislead Chinese and Australian banks that had flagged the payments as suspicious. A fake hotel bill was even attached to an e-mail sent to a bank which took the explanations at face value.

Macau junket operator Suncity, which was forced to close its VIP gaming halls in Macau, has been at the center of investigations into Australia’s two biggest casino groups. Suncity operated the exclusive “Salon 95” VIP gaming hall, located off-site of Star’s main Sydney casino, as part of its agreement with Star.

The inquest was told that Lounge 95 operated an illegal ‘cage’, a room where tokens are exchanged for cash. CCTV footage from inside Lounge 95 shows Suncity employees picking up a backpack and duffel bag and taking them to a locked room where “large wads of cash” have been unloaded.

There were also images of players exchanging chips for “stuffed” brown paper bags full of cash. After seeing the footage, Star executives admitted to the investigation that there was a clear risk of money laundering.

Star managers said the risk of money laundering by gangs at the casino had been minimized.

Angus Buchanan, Star’s head of due diligence and intelligence, told the inquest he previously worked at the Hong Kong Jockey Club, where he oversaw a report into alleged links between Suncity founders and the gang of the 14K triad, an organized group based in Hong Kong. crime syndicate.

That report was provided to Star management, but the group continued to work with the junket operator, allowing Suncity to operate an unbranded secret room even after it publicly severed ties with the Macau company, a report said. Buchanan said.

Hearings into the inquiry are due to wrap up this week, but the fallout from the testimony has already begun, with Australian law firm Slater and Gordon launching a class action lawsuit against Star last week alleging the casino operator deceived investors on its compliance with regulatory obligations. .

For Lee, his time as a high roller appears to be over after his assets, including his Star accounts, were frozen following a dispute with the Australian tax authorities. “Last year, [I was] gave notice that I couldn’t go and play,” he said.

2022-04-04
Previous Post: SI is the only New York borough without a bike-share program, but little progress has been made in bringing the service here
Next Post: Oasis Network Price Prediction: ROSE price prediction for 2022 is $0.37