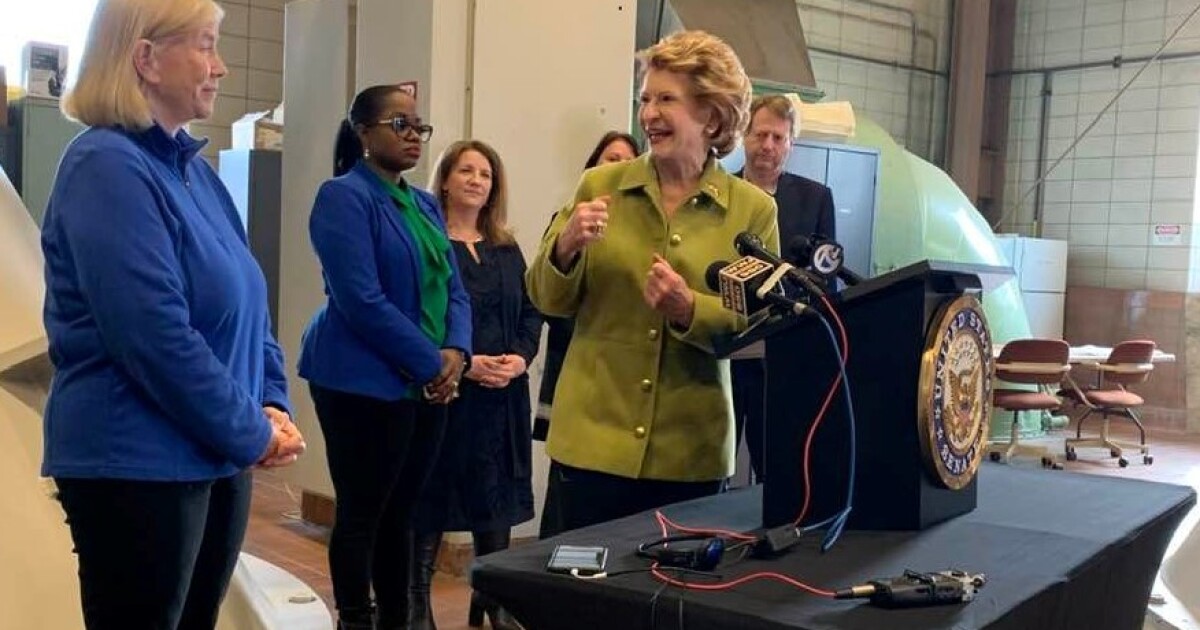 The money comes from Congress’s annual appropriations bill. It will help start some major improvements to water and sewer projects in Detroit, Macomb County, Pontiac and St. Clair County.

The Great Lakes Water Authority will receive some of the money. The Southeast Michigan Water Department will use it to upgrade the Detroit River Interceptor, where most of the region’s wastewater is discharged from the Detroit Southwest Wastewater Treatment Facility.

GLWA Acting Director Suzanne Coffey said the pipe was over 100 years old and “the backbone of the regional water system”. She said the upgrades will both protect water quality and prevent the kind of sewer backups and basement flooding that hit some metro Detroit communities last summer.

“This big underground network of pipes – it doesn’t matter if the pipe is in one community or another, we all rely on this pipe,” Coffey said. “Many communities depend on this pipe, so it’s a great project, and we’re very happy to have funding for it.”

“This funding for Pontiac will allow us to replace lead service lines in the city as quickly as possible, so that we don’t have another tragedy like the one we experienced in Flint,” Greimel said. “And it will allow us to do that in a way that minimizes the impact on city ratepayers, so that we can ensure affordability for our residents and for ratepayers.”

Other projects funded include a pump station upgrade at St. Clair Shores and the Town of Saint Clair Water Treatment Plant.

Stabenow has explicitly rejected the idea that this funding is just a “band-aid”. She noted that Lansing has yet to allocate Michigan’s share of the recent federal infrastructure bill, and that those dollars are a significant start. “We have very strong funding in the infrastructure bill that has been passed, which will also be available in a number of ways,” she said. “And so it’s dollars to really get those [projects] Go.”